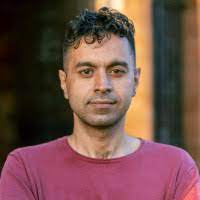 Gained transferable skills for the Production Manager role by taking on additional responsibilities on CBBC’s Princess Mirror-belle (13 part series). Responsible for crewing up and negotiating rates with the crew and overseeing post-production in absence of the line producer.

I have also produced several award-winning short films with a budget ranging from £5,000 - £10,000. Selected film credit includes: Regrets which has been screened across 24 festivals around the globe and Open Mike, which received 2 Bafta New Talent nominations. !!